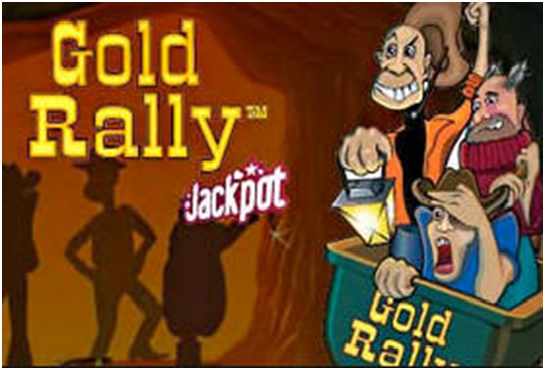 Gold Rally progressive jackpot pokies is based on mining theme where you will laugh and have fun at the characters who dig for gold jumping on their rail carts and racing the tracks with their pickaxes and running to look for Gold.

What is Gold Rally Progressive Jackpot game about? 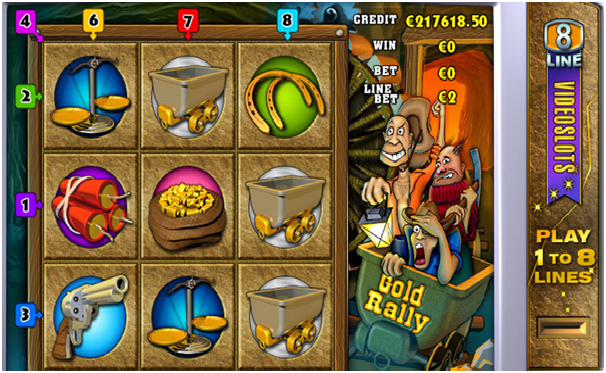 You will find this pokies game a three reel game with eight paylines  the reels are set in a wooden frame on the left of the screen andy our out-of-control miners are emerging from a glowing tunnel on the right hand side.  The paylines are quite imaginative making it possible for winning combination vertically and diagonally as well as horizontally. The symbols are a collection of pictures all related to gold mining or the Old West and so from low to high value you have horseshoes, dynamite, weighing scales, a bag of gold, the rail cart, a revolver, a lantern, a pickaxe and ‘GR’, the Gold Rally logo. 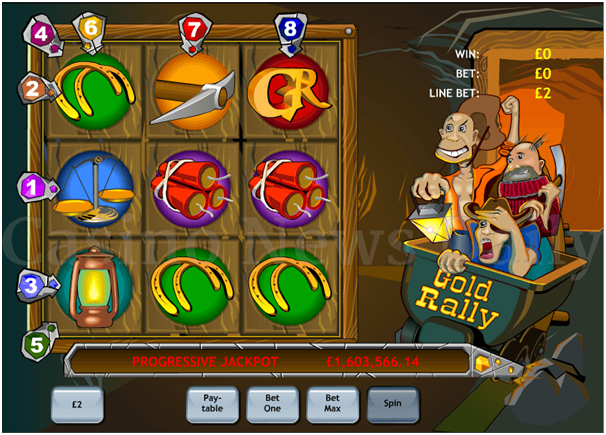 You can play this pokies game at any online casino powered by Playtech.  Gold Rally also can be played with mobile phones offering excellent graphics and alluring sounds on iPhone, iPad, Android, Blackberry and Windows Phone devices.

You can pick the number of paylines to play by selecting directly from the numbers next to the reels or using the ‘Bet One’ or ‘Bet Max’ buttons at the bottom.  You can only win on an active payline unless you land the scatter symbols which will entitle you to a win as long as at least five are on the reels. Coin value is fixed at $2, while you can bet up to 8 coins per spin, which means your stake ranges from $2 to $16.

What are the features in Gold Rally Progressive Jackpot? 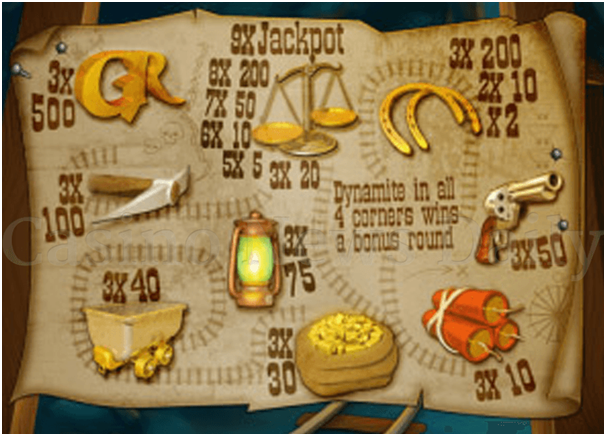 Besides the attractive base play, the game features a Scatter symbol, bonus round and progressive jackpot that is known to have paid out more than $1 million at the time.

There is no Wild symbol, but Gold Scale acts as Scatter, meaning it pays regardless of the position on the reels unlike other icons. The scales scatter symbol is also where you can win the huge progressive jackpot and you need nine which means that every symbol on the reels will be a pair of weighing scales. Dynamite symbol in all four corners triggers the bonus round where you start digging for gold to win various cash prizes. 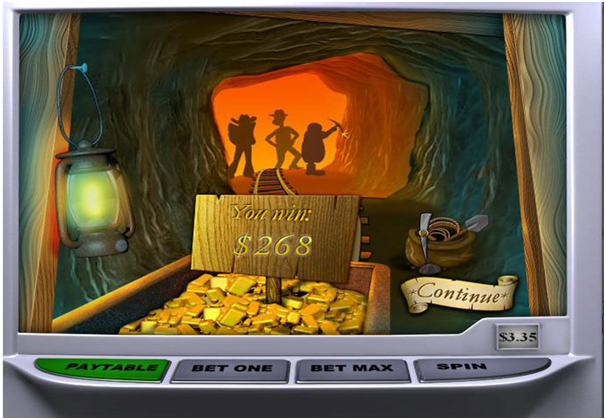 Gold Rally video pokies has an attractive Progressive Jackpot with the amount displayed below the reels at all times. Progressive Jackpot is activated when nine Gold Scale Scatters are stacked on the reels at the same time, but bear in mind the jackpot can only be won when betting maximum eight coins per spin. Don’t worry if you miss out on the big prize by one or two symbols, since at least five Scatter icons will multiply your line bet between 5 and 200 times.

While other symbols and special features pay out regardless of the number of coins you are betting, make sure to bet maximum 8 coins if you want to be in with a chance of bagging the progressive jackpot.

Game logo icons have the highest maximum payout of 500 coins, with horseshoes and pick axes also paying in excess of 100 coins. While all other symbols pay only if you get three of them to appear on an active payline, Gold Scale Scatters pay anywhere. 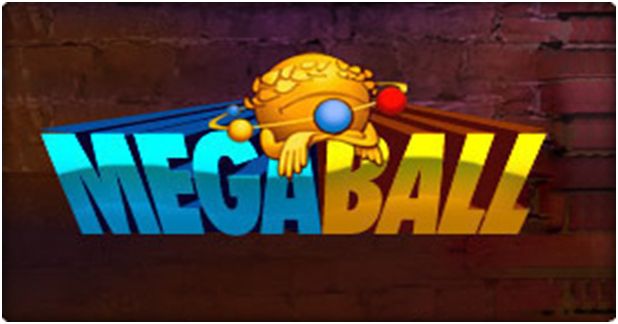 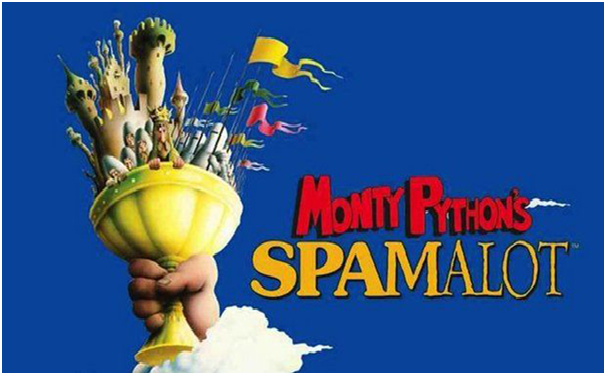 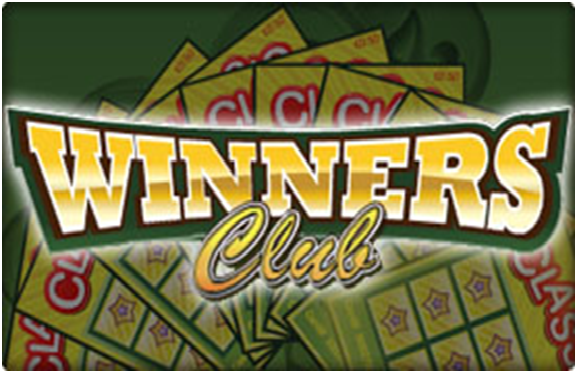