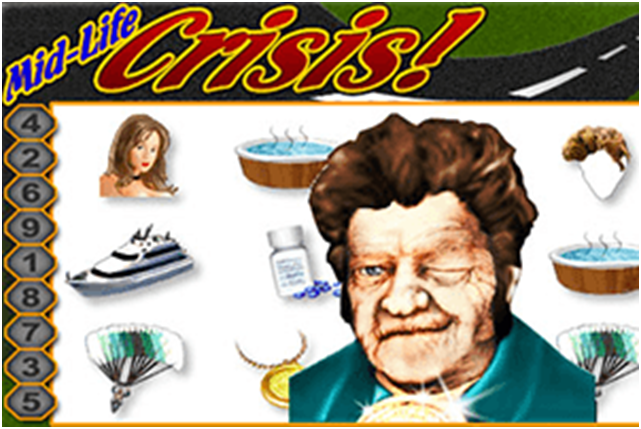 Midlife Crisis is a 5-reel, 9-line video Pokies with a midlife crisis theme, incorporating several relevant symbols during the gameplay. This particular Pokies has been created and released by Realtime Gaming. Midlife Crisis is a RTG Pokies that comes with a progressive jackpot. Progressive means the prize of this particular game being constantly accumulated. Other games often have a maximum payout limit. 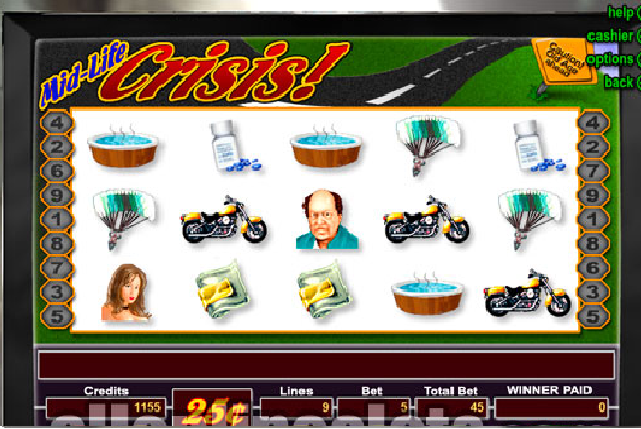 Midlife Crisis as the name suggests deals with middle-aged men, but it can basically happen to anybody. The game tries to create that atmosphere by bringing several theme-related symbols to the table. It uses symbols, including, but not limited to: beautiful women, motorbikes, yachts or sports cars.

The first scatter is the Woman, which can actually launch a bonus round, but we will tell you more about that later. The other scatter symbol is the Man in the wig, which is quite fitting for a game about midlife crisis. Both of those scatters can actually trigger a specific bonus feature, but they are still quite different games.

What are the features in Mid life Crisis Progressive Jackpot? 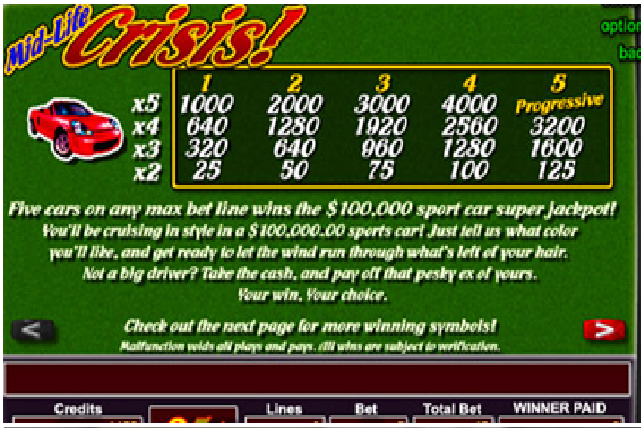 The main feature in this pokies is the bonus feature. The Pick Your Poison bonus feature is triggered when the player is able to spin three or more Woman scatters on reel 1, 3 and 5 simultaneously. When that happens, the player is taken to a second screen where they will see several “youth potions”. The goal here is obvious. The players need to select from those potions very carefully. They can find big prizes here, but of course, they can also open the wrong bottle, which can end their round rather prematurely. Once the round is over either way, the player is returned to the regular game where their bonus winnings are added to their total.

MidLife Man Bonus is the second bonus feature which can be triggered with the Man in the wig symbol. The player needs three of them to appear simultaneously. The problem is, they cannot appear just anywhere either. If the player wants to try out this bonus round, they will need to spin three symbols and have them appear simultaneously on reel 2, 3 and 4. The biggest prize during this feature will be 350 coins. This has to be considered rather average, but the game does have a progressive jackpot. 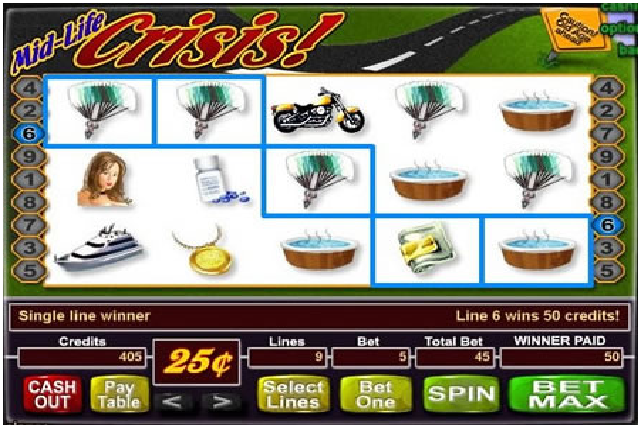 The game’s jackpot symbol is the Sports car. In order to win the game’s progressive jackpot (or the second biggest prize, which is a $100,000 sports car), the players need to concentrate on those symbols and get 5 sports car symbols in a payline. Before they do that however, first they have to realize that they can only win the game’s jackpot if they play a real money game. In this 9 payline game your minimum bet is $2.25 (playing on all lines) and maximum bet $11.25

The players need to make a maximum bet as well. If they have played a real money game and made a maximum bet, they would be eligible for the full amount of the game’s progressive jackpot. In case they cannot win that prize, they will still have a chance to win the sports car. They will need five of the small sports cars to have a chance at the big ones and the small ones will have to be in a sequence. 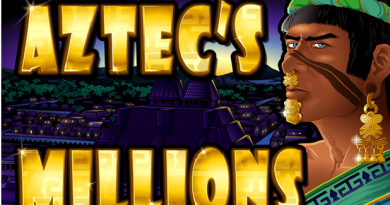 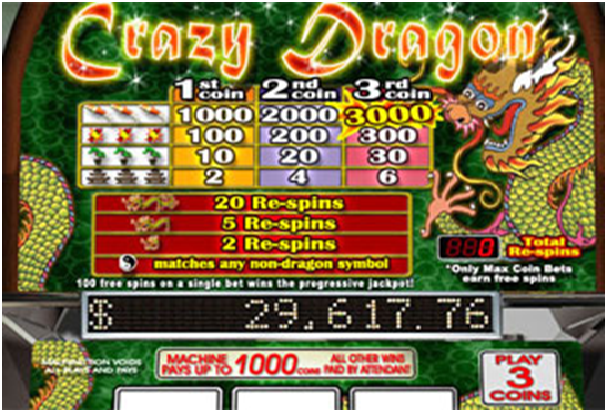 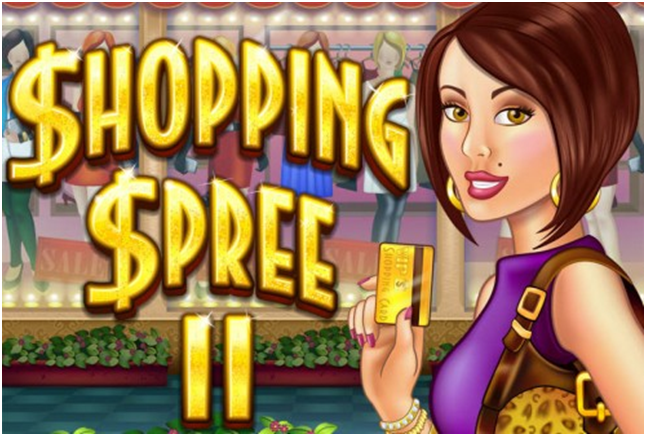