The mystical music and sound effects in this pokies game take you back to a different time and you are to defeat the evil dragon with the aid of several notable gods such as Freya, Loki and Odin. The reel symbols consist of all the weapons you’ll need to get to the massive Hall of Gods jackpot pools such as Thor himself, hammers and even black ravens.

What is Hall of Gods Jackpot game about? 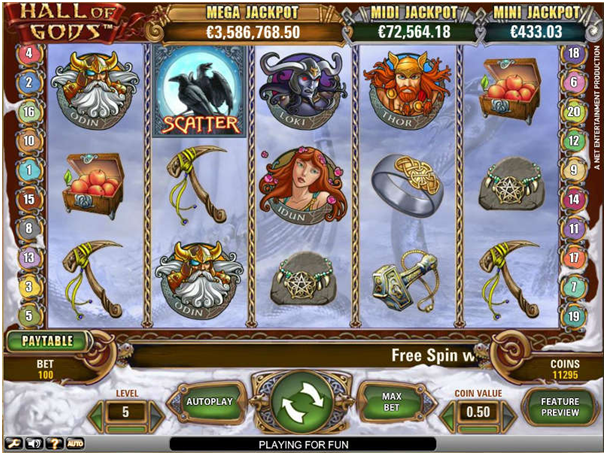 Hall of Gods jackpot is 5 reel, 20 payline game with entertaining bonus game, Thor’s Hammer, which provides the opportunity to win one of three impressive jackpots, and the Scatter and Wild symbols provide additional chances to win big. As said above Hall of Gods is fully cantered around Norse mythology. Suspenseful drumming music plays in the background, and builds with each spin of the reel, culminating in an exciting tune when you hit a winning line.

All symbols are intricately rendered and embellished with classic Norse artwork such as knots and scrolls. There are ten different designs of symbols that appear on the reels: five high-value symbols and five lower-value ones. The higher-value ones naturally feature the gods themselves, with lovely redheaded Idun ranking lowest. Next up in value is Loki, then Freya, then Thor, and finally, the white-bearded mighty Odin. Lower-value symbols start out with an open wooden chest holding apples, an axe, a necklace draped upon a stone, and Thor’s hammer. An ornate silver and gold ring carries the highest value of the five smaller symbols.

How to play Hall of Gods Progressive Jackpot? 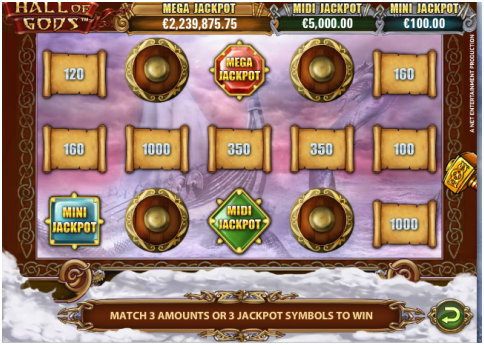 You can play Hall of Gods with your PC or smartphone. Hall of Gods offers plenty of betting options, with 5 bet levels and coin values ranging from .01 to .50. The minimum bet on any one spin is .20 and the maximum is $50.00.

Playing Hall of Gods is much easier with clearly indicated controls and display windows. Bet level, coin value, cash and coins remaining are all clearly indicated on the control panel. Reels start, stop and flow smoothly with each spin and paylines are clearly marked with colored symbols and lines. Sounds may be turned off or on as you wish, and it’s your choice how to set up Autoplay, if you so desire. The game will play anywhere from 10 to 1000 rounds and stop only when you’ve pre-programmed it to.

What are the features in Hall of Gods Progressive Jackpot? 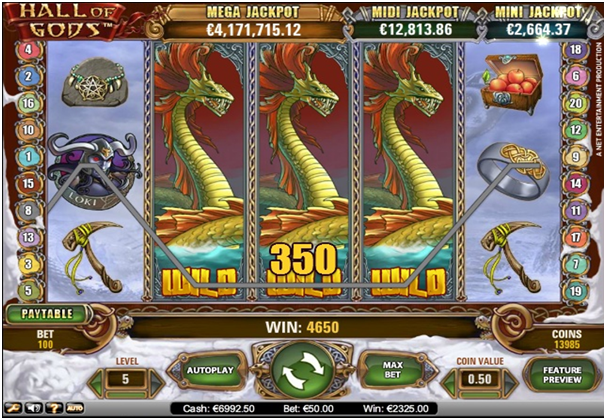 There some great features in this jackpot game. The ominous Serpent Wild symbol substitutes for all symbols except the Scatter and Bonus. As a neat visual feature, when it falls on a winning bet line over reels 2, 3 or 4, it expands over three columns to show the full beast rising out of the water and screeching.

The Scatter symbol depicts two black ravens sitting on a grave, set against a full moon. You can use this symbol to activate Free Spins. Just land three or more Scatters anywhere on the reels in the main game and anything you win in this mode will be tripled. Three Scatter symbols equals 10 Free Spins, four Scatters will give you 15 Free Spins, and five Scatters results in s generous 20 Free Spins.

Thor’s Hammer is Hall of Gods bonus symbol, and this mighty tool features heavily in the Bonus Game. Just land three of these symbols to activate the game, then use Thor’s Hammer to crack open shields and reveal the prizes hiding beneath them. Match three paper scrolls printed with the same coin amounts or reveal three matching jackpot jewel symbols to win big.

How to win Hall of Gods Progressive Jackpot?

As said above there are three separate jackpots to be won in Hall of Gods: Mega, Midi and Mini. Each of their current amounts is clearly displayed at all times along the top of the screen, and the amount you can win is correlated to the size of your bet.

The next step up in the jackpot scale for Hall of Gods is the midi. This again is a progressive jackpot and on this you can win well in the hundreds of thousands. The Hall of Gods Mega Jackpot is called Mega because it truly is. The average payout is an immense $5,200,000 and is won on average twice a year.

To be in with a chance to scoop any of the 3 Jackpots, you first must enter the bonus game. To do this, you will need to be playing at the maximum stake with the maximum 20 win lines activated. The bonus game is activated when you spin 3 bonus symbols in a win line combination. From there, you will take on the persona of Thor and smash shields with your hammer to reveal the symbols behind. When you have revealed 3 matching symbols you will win one of the 3 jackpots which correspond to this. You will be able to see all the jackpots at the top of the game screen to know what prizes you are fighting for.

Hall of Gods has a very impressive “Return To Player” (RTP) percentage which sits at a healthy 95.5%. You are therefore very much in with a real chance of winning. 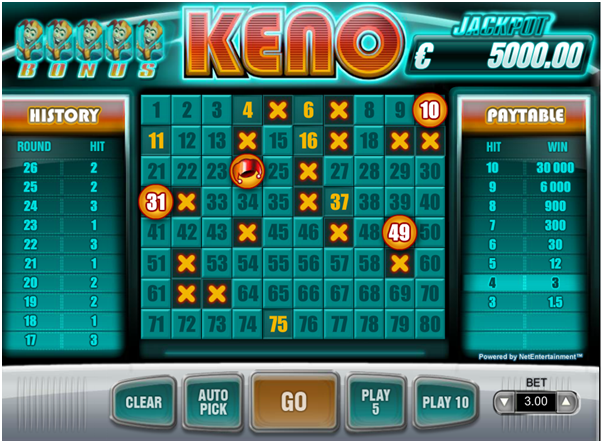 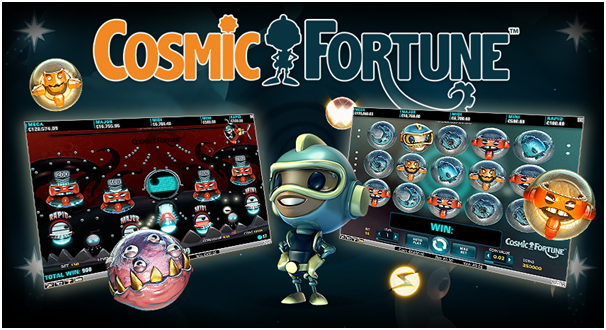 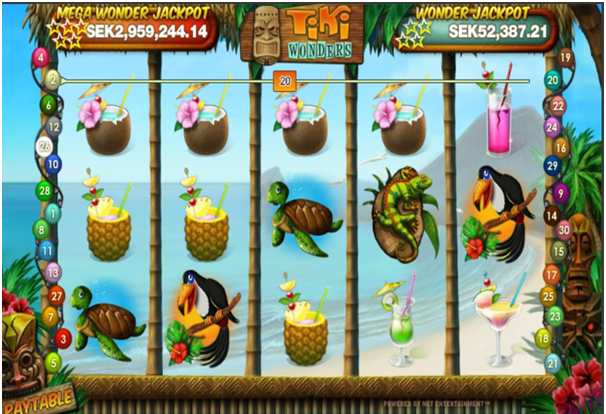