4Squad is a fascinating 7×6 cluster pokies  with a superhero theme. This pokies game was released by Red Tiger gaming at online casinos. The goal of the player is to fill up all the 4 progress meters to cross into the Superhero Mode. The Superhero Mode is the stage where all the low paying symbols vanish and all the 4 superhero features can be triggered for major wins.  4Squad features a Cluster Pays system that makes winning much easier than those of other pokies machines.

This is a medium volatility pokies game and has a below-average RTP of 95.72% and pays up to 1,279x the stake. Also the use of a Superhero Mode and the combination of wild symbols blend to make the gameplay very interesting. To place your wager, you select the total amount, which is anywhere from $0.10 to $80. This range enables more players to be accommodated except the high rollers.

If you’re able to form the right clusters of multipliers and 20+ symbols, you can end up having a pay of 1,279x the stake in one round. But this is more possible in the Superhero Mode.

4Squad is set in a futuristic atmosphere, the reels are placed on Lucky Boulevardin a city that is filled with skyscrapers. There are four superheroes that are ready to help you conquer the biggest prizes you can grab.  Quake, Strike, Burst and Beam are the four superheroes in this game and each of them has a distinctive colour. The soundtrack that accompanies their adventure is discrete but most times it feels like you are in an action movie while spinning the reels.

This pokies has a setup that is quite original, there are 7 columns and 6 rows in a grid instead of the classic reels. So you have a total of 42 tiles dropping in one spin and if you get a cluster of 5 or more matching symbols you win.

The low-paying symbols are futuristic reinterpretations of the playing cards, and you find green clubs, blue diamonds, red hearts, and yellow spades. There are also four high-paying symbols, which are the four superheroes: Quake is green, Strike is blue, Burst is red, and Beam is yellow.

Winning combinations make the symbols that triggered them disappear and others drop in their place, which can lead to cascading wins. The minimum accepted bet is just 10 cents per spin, while the maximum is 80 dollars.  This is a medium-volatility product, and the RTP is 95.72%.

Quake, Strike, Burst and Beam surely have great powers, and here are the features

This is the most spectacular part of the game and it’s quite simple: just one free spin but with all the superpowers activated and all the low-paying symbols removed from the board. This is where the big wins can be scored.

Thus this pokies takes you into an action packed adventure  and can really make you feel like having some special powers yourself.

The game area on which 4Squad plays out has 42 symbols and 7×6 reels. Arranging 5 to 20+ similar symbols together will form a cluster and you’ll be paid.

Watch out for the Power Fist icon as it is the one offering the most win – a 50x stake for a large cluster. 4Squad also features the Tumbling Reels mechanic and other symbols.

At the top of the game, you’ll see meters around each of the 4 heroes. As you form clusters with the heroes or with low-value symbols of similar color, the meters will move up.

The more clusters you form with the tumbling reels mechanic, the meters too will continue accumulating as part of the same round. But eventually, the meters will reset when your spin is over.

To sum it all, 4Squad is a great pokies game to try out. The superheroes on its reels are ones you would not be familiar with, as they are specially invented for the game.

The game action is highly captivating. Though players would have appreciated a better RTP and payouts, the mix of fun features and excellent graphics will still make the title a fan favorite. Now pick your mobile or sit in front of your PC to play this new win pokie jackpot and have fun. 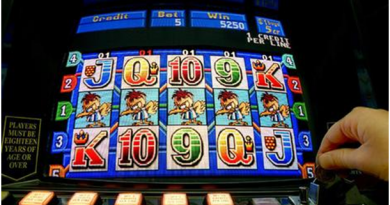 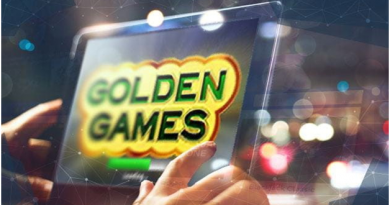 How To Play Golden Games Pokies To Win Jackpots? 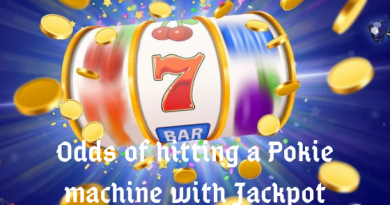 Odds of hitting a Pokies machine with Jackpot