Gods of Gold InfiniReels is a new pokie designed by NetEnt. The newly unveiled game will take players to an exciting journey of suspense, thrill, darkness, and of course, the lucrative gold treasures. Here you can be a part of an escapade of helping the trapped pharaoh. You will enjoy the nerve-tickling experience of crossing dark chambers and unexpected twists and turns. One of the most attractive features of the game is the InfiniReels. The players will get an opportunity to grab a share from the maximum payout pool of $1,000,000 as well as get tickets to catch hold of the 5,000x multiplier while enjoying the gameplay. Finding a place in the top 40 of the leaderboard will help you get a reward from the $5,000 total every week.

About the Gods of Gold pokies

The Gods of Gold InfiniReels pokie is powered by NetEnt and plays out on a 3×3 grid with 27 ways. Playable from 20p per spin on all devices, it uses the InfiniReels mechanic whereby new reels are added to increase the number of reels and ways to win. With unlimited reels in theory, there are infinite ways to win.

With a Babylonian theme, it’s based on an undead pharaoh who is trapped inside an ancient chamber. There are 2 randomly triggered features where you get a re-spin with a guaranteed win or up to 3 extra reels with a sure payout. It’s all about the Win Spins feature where each free spin is guaranteed to give you a win for more reels and ways to win. The RTP is 96.21% and the max win is 25,000 x stake.

Gods of Gold InfiniReels has a Babylonian theme as it takes you inside a treasure chamber of an ancient Babylonian temple where an undead pharaoh is trapped. Your aim is to help the pharaoh in his quest for life and gold by collecting all the god idols. With an opulent feel, you’ll see gold and jewels in the background.

With a traditional Arabian Nights soundtrack, the 3×3 grid sits against a blue wall. Symbols include 4 low value gemstones as well as 4 exotic and superbly designed god characters. You have an owl, bull, queen and king. They all look rather angry. The most rewarding symbol is the king which pays up 160 x your stake for 10 in combination. There is also a wild symbol that can only appear on reel 4 and onwards. This means it won’t land on the standard 3×3 grid.

You need to find a NetEnt powered online casino to play Play Gods of Gold Infini Reels Pokies for free or with real money in AUD or BTC. You can play this pokies game even on your mobile smartphone be it Android or iOS instantly.

You can play this game from as little as 20p a spin to as much as $200 per spin. With a Quick Spin option available next to the main spin button, there’s an Autoplay function where you can choose up to 1,000 spins. In Advanced Settings, you can stop autoplay on any win, if a single win exceeds a chosen amount, if your balance increases or decreases by a chosen amount or if you trigger the Win Spins feature. The Gods of Gold InfiniReels RTP is 96.21%. If you were to play $100 on the pokies, you would get $96.21 back in wins, on average.

When you get a winning combination, a new reel is added to the right side of the grid. This is known as the InfiniReels engine. New reels keep on being added until no more new wins are formed.

To help you keep track of the number of reels in play, there’s a minimap which shows a minimal overview of the complete play area. There’s also a Symbol Counter which shows the length of the win for the symbol displayed in the top counter and the number of ways to win for that symbol.

Features of Gods of Gold Infinireels

Gods of Gold InfiniReels is a medium to high variance pokies with so many features. Smaller wins are quite frequent so expect payouts of between 10 and 30 times your stake mostly. The maximum win is actually unlimited in theory by NetEnt have capped it. Therefore, the max win is 25,000 x stake per spin.

Apart from the unique InfiniReels engine, Gods of Gold InfiniReels comes with 2 random features where you get a re-spin and extra reels with guaranteed wins. These can apply in the Win Spins feature where you’ll receive guaranteed winning free spins for lots of reels and ways to win.

When the reels stop increasing and there are no more winning combinations, the Re-Spins feature can be randomly triggered. This gives you a free re-spin where you are guaranteed a winning outcome.

During a win, the Multi-Slam feature can activate randomly. In turn, between 2 and 3 reels are added each time this feature is triggered. It’s also guaranteed to give you a winning combination.

Look out for the golden sun symbol as this is the scatter. When 3 or more land anywhere in view simultaneously, you will activate the Win Spins feature. 3 scatters will reward you with 10 win spins with an extra 5 win spins granted for every extra scatter you trigger the feature with. For example, land 5 scatters and you’ll receive 20 win spins.

The clue is in the name but win spins are free spins with guaranteed winning combinations. With each win, the number of reels and the number of ways to win increases.

Winnings in the game

Apart from the gemstones, one will find four exotic symbols depicting the king, queen, a bull, and an owl. They are not amused and will catch the attention of the player at first glance itself. On getting 10 kings, the players will get 160x the stake as it is the best bet of the game.

Interestingly, a new reel shall be added magically on to your right as and when you crack a winning combination. This makes the InfiniReels feature pretty amazing and significant. Also, with every new reel, the paylines will increase three times. A player getting to reach the 8 reels mark will be exposed to 6,5612 paylines meaning rocketing wins. Studded with an array of eye-captivating features like Respins, Multi-Slam, and Win Spins, the Gods of Gold InfiniReels pokies is likely to become favorite in no time. The respin feature comes with a guaranteed win while the multi-slam feature will add on 2 or 3 reels along with a guaranteed win. 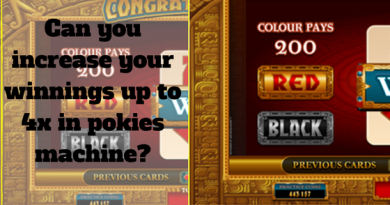 Can you increase your winnings up to 4x in pokies machine? 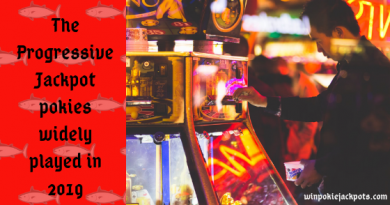 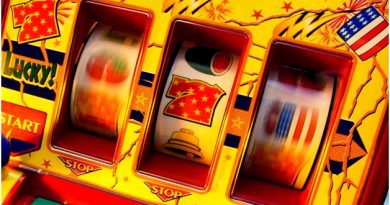